Casino of the month 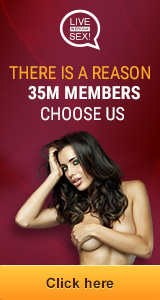 Baccarat is a game offered by almost all online casinos. Most of the time you can play it against live dealers. Baccarat is not as well know than roulette, blackjack and poker in the Netherlands and Belgium. However it is a fun game and provided in most casinos. Therefore we give you some more information about the origin and the rules of online Baccarat

Baccarat belongs to the card games. It’s been around since the year 1500. Online casinos often offer many variants of online baccarat, but there are three generally accepted versions:

Online baccarat is played with 312 cards, consisting of 6 decks of 52 cards. The cards are drawn from a shoe. This slot is used until there are 7 cards or less left in the shoe.

First of all the cards are shuffled, after which the bank is sold to the highest bidder. The amount offered is the first bank. The other players will have to offer this amount. The front hand (that is the player to the left of the bank) is allowed to bet first, then the other players are allowed to bid clockwise. The bidding stops if the total of all bets is equal to the bank’s total. However, the total of all bets can never be more than the total of the bank. If a player calls “Banco”, he indicates that he only plays against the bank for the entire contents of the bank. The forehand always occurs when several players have called “Banco”.

After betting, the bank divides 4 cards. These are alternately shared. The player with the highest bet or the player who has called “banco” represents the players and he plays the hand against the bank.

Online baccarat is about getting as close as possible to 9 points. All cards have the value of the number that is shown on the card. The picture cards (Jacks, queen, King) stand for 10 points and the Ace stands for 1 point. If you ad the points, only the second number counts, not the first one. That means if you have more than 9 points, then only the second number counts. Lets say you have 13 then its only the 3 that counts.

Whenever the bank does not have 8 or 9 points, the bank will take a 3rd card. If the highest bidder or the banco has 8 or 9, the players have already won immediately. When the banco has 6 or 7 points then he will pass. If he has 5 points the banco can choose what he does. However if the total is 0 to 4 he has to take an extra card.

You do not play online Baccarat against the bank but against each other. The house takes 5% tax as its own part.